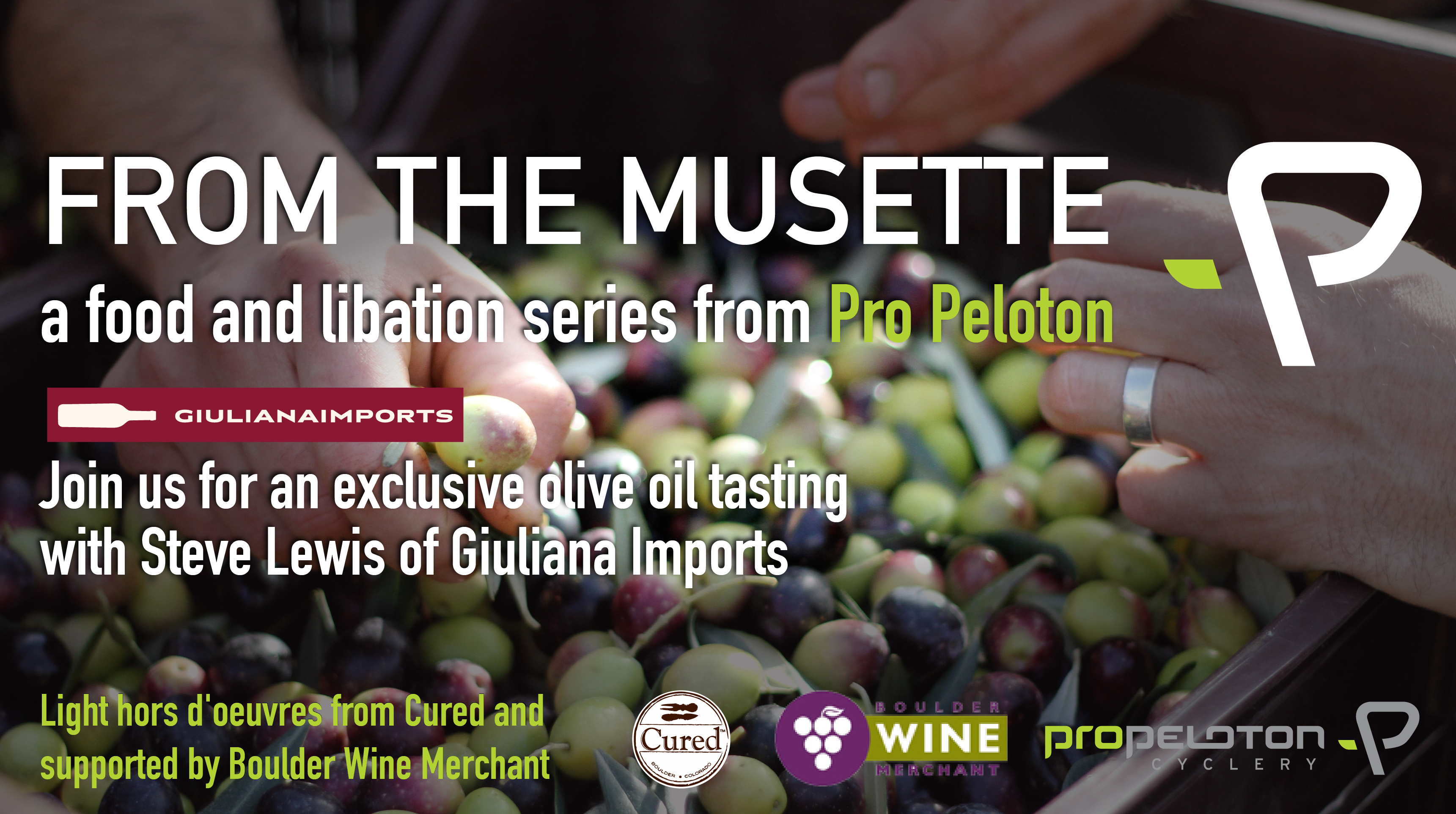 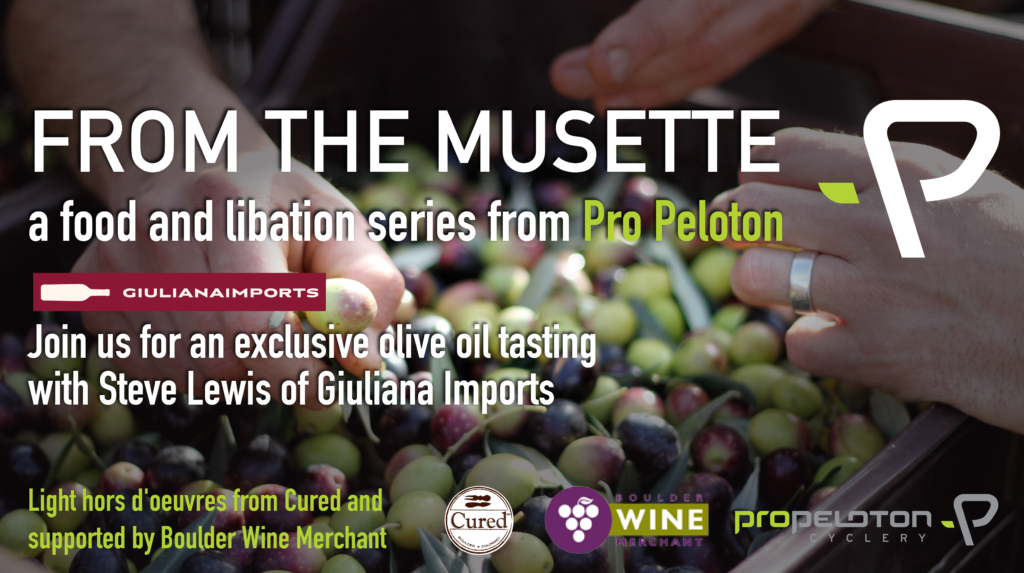 Join us for an exclusive engagement with Steve Lewis of Giuliana Imports as we explore three fresh oils from the great 2015 harvest.  You will sample a delicate fruit oil from the Veneto, an intense fruit oil from Puglia and of course one from Tuscany. Additionally two wines, a white and red will be poured from the Giuliana wine portfolio. We’ll look at how great olive oil is produced and learn why this ancient food is more important today than ever.

You will also get the chance to taste from Italy’s top producers. 100% estate produced, real Italian wines along side Italy’s greatest food export…olive oil.

Light hors d’oeuvres from Cured. Wine from Giuliana Imports with support from the Boulder Wine Merchant.

Giuliana Imports was co-founded in Boulder, Colorado in 1996 by Steve Lewis. After traveling throughout Piedmont in the early 1990’s working harvests and falling in love with Nebbiolo he and his business partner, Tavio Laudisio, set a course to bring these producers to the U.S. market and build a program for these wines to shine. The portfolio was exclusive to Piedmont for the first few years but grew to include Friuli, Tuscany and the rest of Italy by 2000. Today the portfolio represents 32 Italian and 28 Spanish properties. Giuliana Imports are caretakers of the land of each producer they represent and who work so hard to produce these wines of origin. Giuliana Imports to Colorado, New Mexico, Arizona, Wyoming, Nebraska, Idaho and California. In 2010, Steve created Giuliana Direct Olive Oil with the goal to give great olive oil producers from the Mediterranean a chance to tell the story of great olive oil and it’s place on our tables.

News letter
Stay up to date with the latest Pro Peloton news!